VectorInk is a basic vector graphics editor that allows to create, save and load graphics in the widely used SVG file format. It offers common features such as Path, Text, Pencil, Line, Rectangle, Ellipse, and Shape Tools as well as a basic layering system for altering the order of elements.

The main purpose of the application is to assist in the creation and editing of icon designs and basic graphics to be used with other applications or document types. 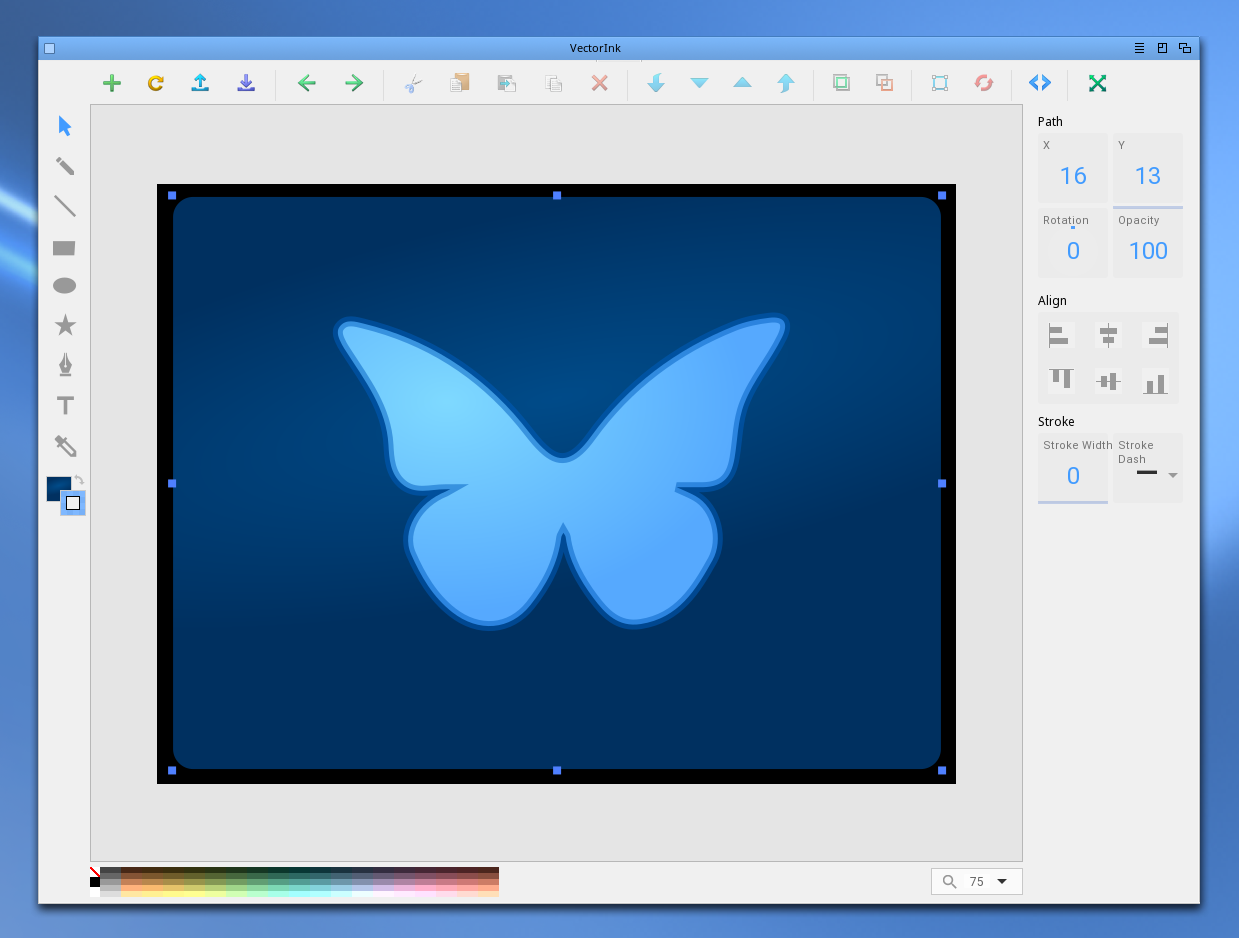 Please note that, depending on their file format structure, drawings that were not created with VectorInk may only be partially editable via the graphical user interface. You can still alter those graphics by using the built-in SVG source code editor.